The Peace Proms was due to take place on the 4th of March but there was a lot of snow so it was cancelled. They changed it to the 16th and 17th of March instead. We learned a lot of songs. Some songs were from Disney movies and some were ones we didn’t know.

Even though some people forgot their lines it was still a great show. 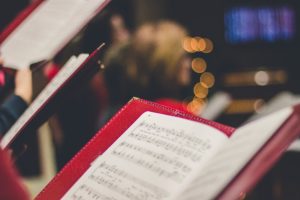